Hello again!  We have now started to make our way to the South for the holidays.  We’re really excited!  So far, we’ve been through three states in one week: we left New Jersey, took a day trip through NYC, and stopped in Delaware. Soon we’ll be making our way to Washington D.C. for my dad’s 39th birthday.  We do have a couple things to mention though, so hang tight!

On Saturday, we got to see our aunt, uncle, and cousin one last time, and celebrated Hannah’s 2nd birthday with her!  We enjoyed being with her on her special day!

The Sunday before we left NJ we decided to take a trip into New York City (not a small feat with a Ram 3500, but more on that later). It was really cool to see a COMPLETELY different lifestyle than what I’m used to, but I think I just might get tired of all the honking:) Ann decided to take her pictures a little differently this time, but hopefully looking at them you can see why we chose this title: City of Black and White.

Alright, so any of you who share my love for photography; this is for you guys. I decided to take a different approach to my photography because I really wanted to try something new. I wanted to do a lot more leading lines than usual, and also underexposed them a bit for shadows with the black and white editing. Metro and Architectural photography is not the usual approach I take with my pictures, but I decided to give it a try! If you would like to see the pictures in original color, leave a comment and I’ll make sure to add them in the next post. 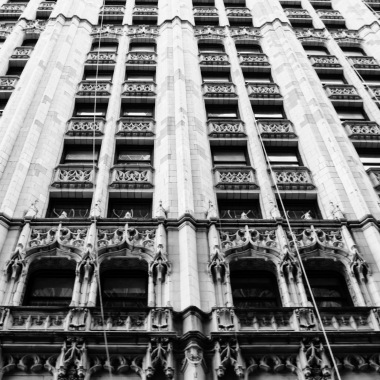 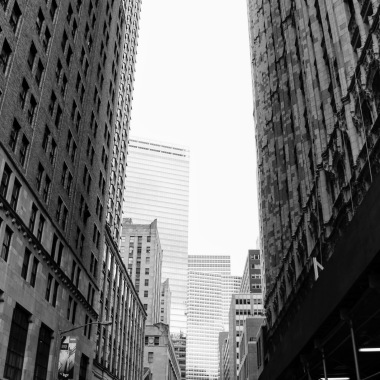 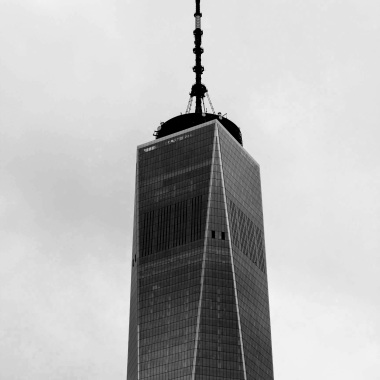 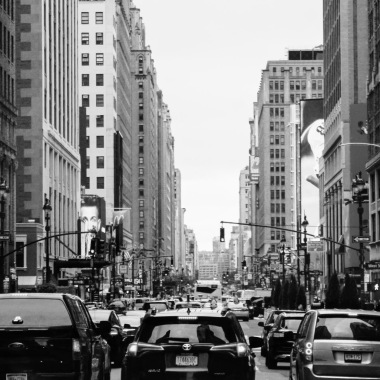 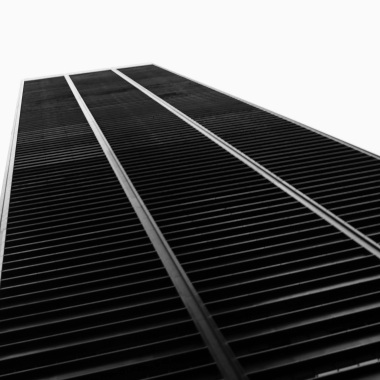 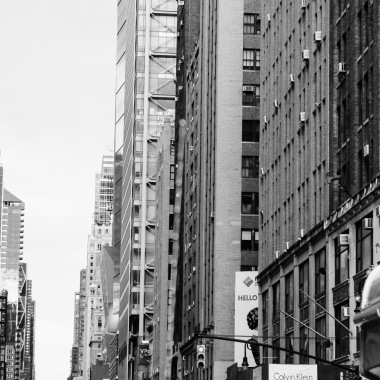 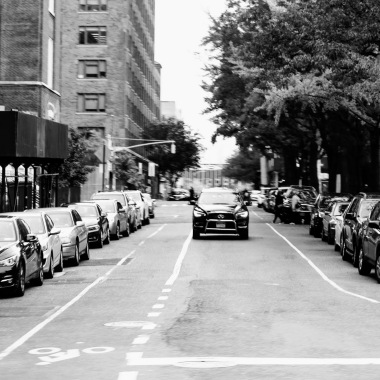 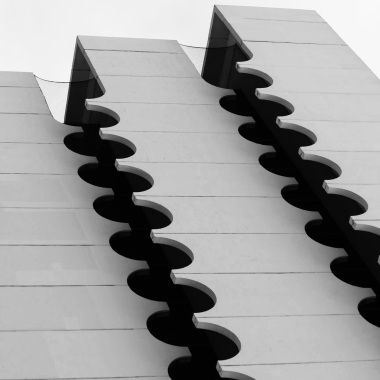 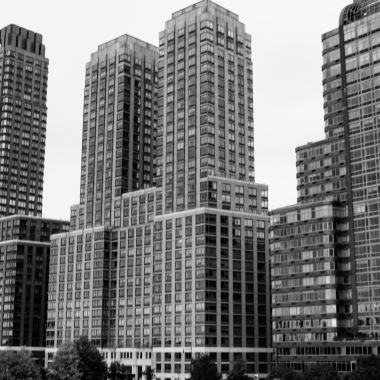 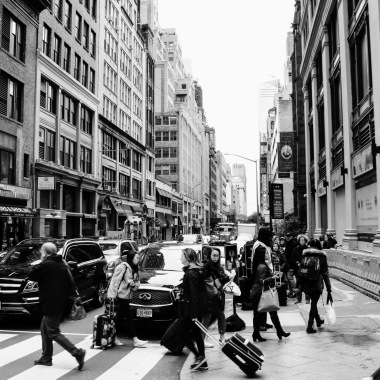 GWB (view from the road)

Okay, we’ve talked about NJ and NYC so let’s start talking about our wonderful experience in Delaware.  First things first, ya’ll know we’re from NC, and if you didn’t, there you go.  In the south, Chick-fil-a is something you absolutely need in order to live.  If you don’t agree with me, you can just skip this part, as you won’t be able to share my enthusiasm for this place.  Ever since we became a full time family, we’ve mostly been exploring the New England states.  Which, don’t get me wrong, is not a bad thing and it’s been really fun, but… there are no Chick-fil-a’s in the North (at least none that we saw, except the 2 in NYC and you’ll understand why we didn’t stop and eat at one in a few moments)!  Somehow we survived, and was rewarded with finding a Chick-fil-a ten minutes away from our campground!  Turns out, we enjoyed staying in Delaware a lot more than we thought we would:)

We had a blast DRIVING around New York City!  “Why were you just driving, why couldn’t you just get out and walk?” you may ask.  Because two parking lots denied us for our size!  If you’ve ever been to NYC, you know how extremely crowded it is.  You may also be able to figure out how a 3500 dually was probably not the best choice for driving around that particular city.  Nonetheless, we managed to do it, thanks to Dad’s expert driving skills (we did have a taxi scrape our rock tamers though, totally not our fault).  But we did learn from the experience, and we would like to share some of our knowledge with ya’ll. 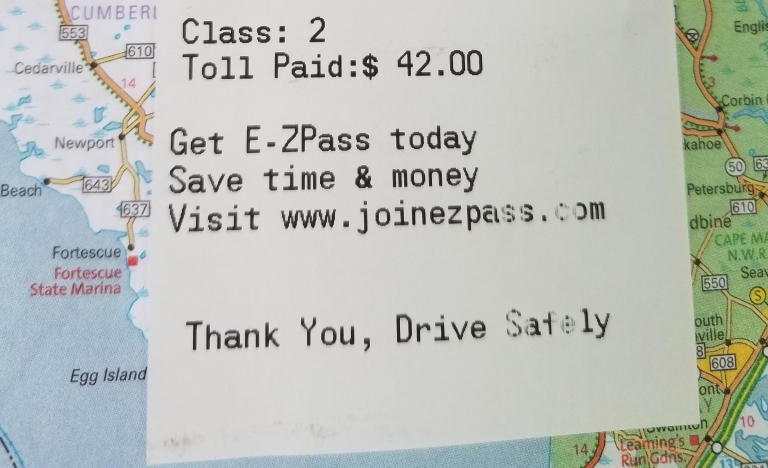 The bottom line is: if you’re going into a large city and your vehicle is quite large, our family would recommend either renting a smaller car, or just take a train/subway.  It would save a lot of time on your part, and make it easier to explore whatever city you’re visiting.  Who knows, it may even keep yellow paint off of your rock tamers!:)

4 thoughts on “City of Black and White”

This site uses Akismet to reduce spam. Learn how your comment data is processed.

☀️jAcKsOnViLlE☀️ . . . We'll be here for about a month. I keep telling myself that it'll be fine, the time will fly by and we'll be on the road again before we know it. Good news is: we're in a beautiful spot and right on the beach!! You already know who's gonna be down there on a regular basis🙋🏼‍♀️ . . . Celebrating aside (but not really), we're headed down to Jensen Beach for some much-needed family time and a birthday! This is one Monday I'll be lookin forward to🌴🤙🏼 . . . #nobaddays #saltlife #jacksonville #floridalife #beachlife #beaching #beachhair #sandinmytoes #travelphotography #travelgram #travelblogger #pictureoftheday #nomadlife #nomadfamily #fulltimervers #fulltimefamilies #fulltimetravel #5wheel #getoutside #gotakeahike #WhereWillYouRoam #homeiswhereyouparkit #retty2roam
It has rained every. single. day....Except today! Thankfully we've *still* been trying to get the hang of a new school schedule and planning out 2020, so it hasn't been too bad💧 . . . We're at the point where we kind of slowed down a bit. We still move pretty quickly, but not nearly as much as we used to. Stretching 2-3 days into about a week is how it's been looking lately😉 It's been nice for everyone else around here to catch their breath and chill, but I'm starting to get ants in my pants!! Has me thinkin "is it just me?!" . . And no, that's not our camper. 😂 . . #gottakeepmoving #letsgetouttahere #travelphotography #sunset #hiltonheadisland #travelgram #getoutside #nomadlife #nomadfamily #wetravel #rvlife #rvpeople #5wheel #fulltimefamilies #fulltimetravel #fulltimervers #homeiswhereyouparkit #WhereWillYouRoam #retty2roam
Well, after about 2 months, we're back in Hilton Head🌴 . . . The campground here is really nice; this is the view from the boardwalk! We're on our way down to Jacksonville for a little while so Dad can take a few business trips, so we'll be *hopefully* soaking up some sun this winter.☀️ Much warmer than last years' Tennessee, THAT'S for sure! . . . . . #getoutside #hiltonheadisland #sunset #onthewater #winterinthesouth #marina #rvlife #rvpeople #travelphotography #travelgram #travelblogger #pictureoftheday #fulltimefamilies #fulltimervers #5wheel #nomadlife #nomadfamily #homeiswhereyouparkit #WhereWillYouRoam #retty2roam
🔥Thinking back to a few nights ago when the weather was so perfect for a campfire...🔥 . . . I love having a fire, and we were blessed to be able to park around friends who celebrated the arrival of 2020 with us! We had an awesome cookout the very first day of the new year, and I couldn't have thought of a better way to spend the night🥳 . . . How did YOU celebrate 2020?? . . . #campfire #ncnights #perfect #2020 #happynewyear #ringingitin #celebrate #heckyes #pictureoftheday #travelphotography #travelgram #wanderlust #nomadlife #fulltimefamilies #fulltimetravel #fulltimervers #5wheel #travelblogger #gotakeahike #getoutside #homeiswhereyouparkit #WhereWillYouRoam #retty2roam
Every city we've hit for the past year, I've wanted to venture out in at night.🌙 . . I knew it was far-fetched, but I wanted to photograph light trails SO bad. City's aren't favorable at night, and on top of that...I was seeking out traffic! Who does that?! . . When we had been exploring the city all day and got back to the truck after dusk, I had to ask to sit on THAT corner and take pictures📸 I finally got my light trails and couldn't be more excited😆😆 . . . #washingtondc #lighttrails #lightphotography #dcatnight #cityscape #cityphotography #travelphotography #fulltimefamilies #fulltimervers #5wheel #travelgram #pictureoftheday #rvlife #fulltimetravel #lovinglife #homeiswhereyouparkit #WhereWillYouRoam #retty2roam
Hope everyone had a wonderful holiday season!🎄 . . . Had a bit of a rough time getting to DC for Christmas; our jacks didn't appreciate the NC mud...or something. We were able to have someone come out and fix it for us though, so it wasn't long and we were back on the road! . . . We've had such a great time in DC (minus the crowds). This year's Capitol Christmas tree is from New Mexico and had us remembering all of our adventures out West, but right now you'll find us gearing up for the new year😁. So excited for 2020! 🥳 . . . How were y'alls holidays?? . . . . #travelphotography #fulltimervers #fulltimefamilies #capitolhill #merrychristmas #christmasindc #washingtondc #travelkids @fulltime_families @visitwashingtondc #rvlife #travelgram #travelblogger #pictureoftheday #WhereWillYouRoam #homeiswhereyouparkit #retty2roam